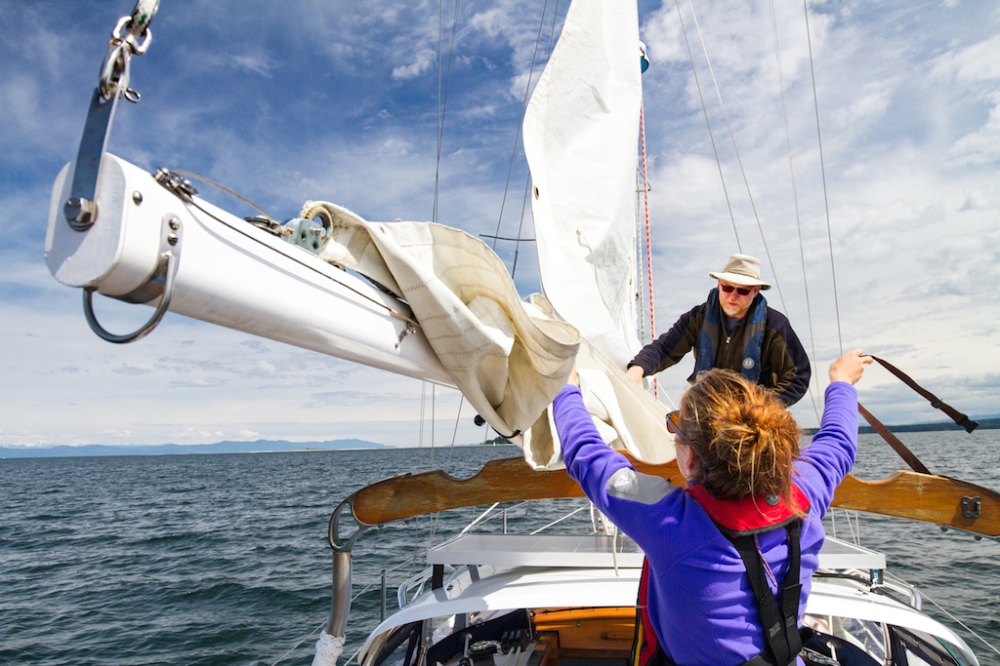 After 20 days at sea and only seeing a handful of cargo ships, we were surprised to come across another boat yesterday evening and again when a bright light bobbed along the horizon at 5 in the morning.  We have been accustomed to it just being the three of us;  the occasional Albatross (who we have decided to call Henry), and flying fish who keep us entertained when they crash back into the water.  It is a strange thought to think how big this ocean is and we still manage to almost run into another boat.

Christine’s note:  I wish I could share the series of text messages between Kayleen and I that ocurred a few days ago discussing the provisions.  She was trying to find another jar of peanut butter and one of nutella.  I was certain that we had only packed two of each.  She wanted to raid week 4’s rations to see if they were in that hard to reach locker.  It took a bit for us to realize that I had assumed they had eaten two of each. They hadn’t actually found the second!  When I realized that, I advised them to check under one of the bunks as I vaguely recalled splitting one week’s worth of rations into two holds.  Sure enough, they found that second hold today – and the desired jars of peanut butter and hazelnut chocolate amongst other things were located.  No wonder Farrell was questioning what I had stocked for them … they had not opened everything.  A party on board I am sure when they found it!  Phew! Still watching Hurricane Celia which was slightly better positioned today than yesterday’s prediction.  The FWL crew is taking the lead.  That is Celia’s predicted position in one week – July 15th. They should be well in at that point, eating pineapple and fresh veggies!